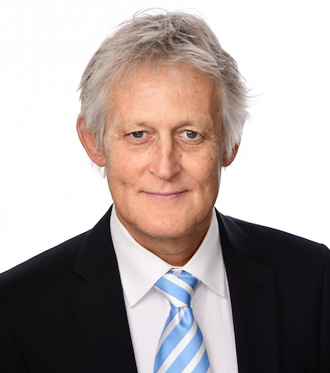 Professor Mark Gillies specializes in diseases of the central retina, or “macula”. He was the first Australian ophthalmologist to be awarded a PhD, which he received for his work on diabetic retinopathy. Having trained at Prince of Wales Hospital he moved to the Save Sight Institute after a period of sabbatical study in Boston and London.

Mark Gillies spends half his time in clinical practice, the other half is spent directing the Retinal Therapeutics Research Group at Sydney University, which is concerned with identifying treatments for two of the commonest causes of untreatable blindness, diabetic retinopathy and macular degeneration. This group currently holds major grants from both the Australian National Health and Medical Research Council as well as the Juvenile Diabetes Research Foundation. The laboratory research unit of this group is developing models for the study of the abnormal leakage of retinal blood vessels that leads to retinal swelling in people with diabetes. The clinical research group conducts its own clinical trials as well as participating as an independent centre in major international studies sponsored by drug companies. Mark Gillies’ group is therefore able to offer access to the latest treatments for many macular diseases years before they are released to the general public.

Mark Gillies is a scientific advisor to the Macular Photocoagulation Study group, the world’s leading investigator initiated study group for retinal diseases, and the United States’ National Eye Institute-funded Diabetic Retinopathy Collaborative Research Network. He was the Chief Editor of Clinical and Experimental Ophthalmology from 1995-2002. He has served on the Board of the Fred Hollows Foundation since its inception in 1992, was a member of the Federal Qualifications and Education Committee of the Royal Australian and New Zealand College of Ophthalmologists 1995-2002, and was the Co-Scientific Chair of the Australian Ophthalmic and Visual Science Meeting from 1997 – 2002.

Prof Gillies has published over 60 original articles, mostly concerned with the treatment of macular diseases.