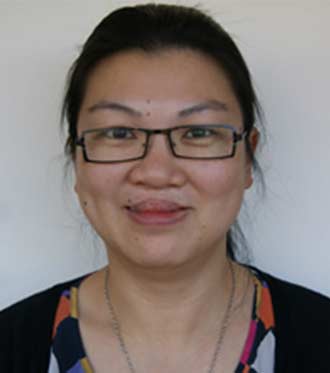 Graduating from the University of Sydney in 1996 with both a Bachelor of Medical Science and Bachelor of Medicine, Bachelor of Surgery, Dr Lee commenced her junior medical officer appointment at Concord Repatriation Hospital going on to become the Senior Emergency Resident  between 2000 – 2001.

Dr Lee was accepted in to the RANZCO program and completed her fellowship training  in 2006 whilst simultaneously completing her PhD in ocular determinants of prevalent and incident open-angle glaucoma at the University of Sydney.  Dr Lee has been an author in over 30 publications in peer reviewed journals and has also been awarded several Post Graduate grants and awards, has presented at numerous scientific conferences and is heavily involved in the Blue Mountains Eye Study, one of the world’s largest ever population studies.

Dr Lee completed her sub specialty training in Glaucoma in the United Kingdom at Manchester Royal Eye Hospital and went on to become the Honorary Glaucoma Fellow at Huddersfiled and Calderdale Hospitals before returning to Australia to take up clinical and research appointments.

Dr Lee completed her sub-specialty training in Glaucoma in the United Kingdom at Manchester Royal Eye Hospital in 2008-9 and went on to become the Honorary Glaucoma Fellow at Huddersfield and Calderdale Hospitals before returning to Australia to take up clinical and research appointments. During this time, she developed advanced skills in trabeculectomy, complex trabeculectomies, glaucoma drainage tube insertion, and non-penetrating glaucoma surgery.

Since returning to Sydney in 2010, she principally cares for glaucoma patients. She has held public hospital consultant positions at Sydney Eye Hospital and Liverpool hospital since her return. Dr Lee is heavily involved with Registrar teaching and training at these institutions. As additional contributions, Dr Lee is an examiner for RANZCO, has served on scientific committees for various conferences, and co-ordinates mentorship for the junior trainees.